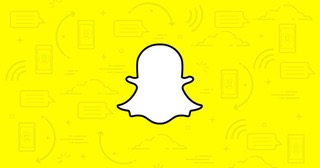 Snapchat was developed by Snap Inc. Snapchat was created by three former Stanford students, Evan Spiegel, Bobby Murphy and Reggie Brown. It started when Evan Spiegel was talking with Reggie Brown. He said “I wish that these pictures that I am sending to this girl would disappear”. 💡 That gave Evan the Idea for Snapchat. Then he created (along with the others) the original website: Picaboo in July 2011. They gained 127 users at the end of the summer. Reggie Brown left in an argument with the others shortly after the company was created.  Then, Evan and Bobby re-named the company “Snapchat”.  Snapchat became popular with school kids because they could text in class and the teachers would never know. In 2012, Snapchat gained 100,000 users by April 2012. The company also turned down a $3 billion acquiring offer from Facebook in Jan 2014. Snapchat has now 210 million users as of July 2019. Snapchat is now owned by Snap Inc. Evan is the CEO and the current stock price is shown below.

1-2-3 SNAP! Snapchat is gaining more users EVERY day. There is currently 310.7 monthly million users as of summer 2019*. 90% of those people are 13-24 years old*. Wow! Not many adults use Snapchat, do they? Also, 3 billion snaps are created every day! * Unfortunately, some users decided to post inappropriate snaps. These users might be pressured by friends that have more followers/likes because they post inappropriate snaps. More teens do this on this app because they are supposed to disappear. But watchers can easily screenshot any video or picture on their phone, so snaps never really disappear. That was not what Reggie Brown wanted in the first place. I believe that Snapchat is in the top three most popular apps at WES in 4th-5th grade. Thank you for reading and be sure to check out more articles from my social media reviews series! See good security practices on this expert review. https://bit.ly/2QJTAql Coming Soon: TikTok!

*Quote https://www.omnicoreagency.com for the Statistics.

Categories: News You Can Use, WES Happenings

View all posts by bencr4136