Chupacabra means “goat sucker” in Spanish because, well, it sucks goats’ blood. Okay, so, Chupacabra is a fairly new legend. According to one news report, stories of Chupacabra emerged in the 1990s, but what people think Chupacabra looks like changed a lot since then. Back when it started, people believed Chupacabra was a 3- to 5-foot-tall ape-like creature with gray hair, spikes on its back, and big eyes.

But now, people think that Chupacabra is more like a canine, but this ends up confusing people. People mistake coyotes with mange for Chupacabra. Mange is a sickness which makes the animal that gets it lose its fur and makes its skin red or hyper-vibrant black. 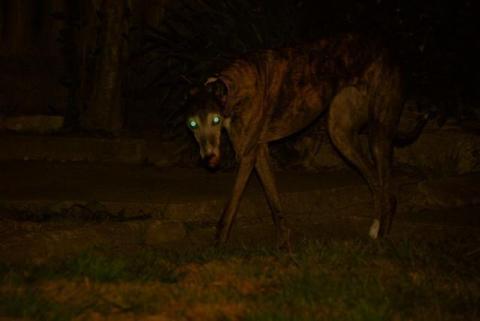 All right, it’s story time. A man named Benjamin Rafords found some reports of Chupacabra with some real-life bodies, so he did some DNA tests, and he found out that a lot of them were coyotes and dogs. One even turned out to be a fish! The dogs and coyotes had mange and the fish just looked weird. Okay, so let’s go back a little. You know how I said stories about Chupacabra started in the 1990s? Well, that was kind of true. The myth may have started in Puerto Rico soon after the movie Species, with a creature that looked like Chupacabra, was released there.

A dead Chupacabra just like the ones Rafords did DNA testing on (this one might also be a fake).

A synonym for Yeti, the term “the abominable Snowman” first appeared in 1921. That was the same year that British Lieutenant-Colonel Charles Howard Bury commanded the 1921 British Mount Everest reconnaissance expedition. He used this name when he found tracks kind of like human footprints (barefoot) but bigger.

The Yeti was from pre-Buddhist beliefs. Pre-Buddhists believed that the Yeti was a Glacier Being — a god of the hunt.

In 1925, N.A. Tombazi, who worked at the Royal Geographical Society, wrote about a creature he saw at around 15,000 feet. He looked humanoid but bigger. Tombazi said that the creature occasionally ripped up a bush.

Yeti on a mountain (still could be a fake).

The Yeti was also spotted by the Indian Army’s expedition team at Makalu Base Camp. They saw large footprints and thought it was the Yetis. The Yeti’s footprint was said to be 32 inches long and 15 inches wide! If you’re thinking, “Oh, it could just be some large human feet,” YOU’RE PROBABLY WRONG because the largest known human feet were 15.78 inches long. Is 32 a lot more than 15.78? YES, so unless a human wore huge shoes, it wasn’t a human. Plus, this was in the Himalayas, so if it were humans, they would have to be walking in the huge shoes in the freezing cold. 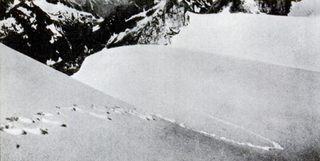 What the Yeti footprints might have looked like (I looked for ones on the Himalayas so it’s an accurate picture. Guess what? It still could be a fake).

Categories: News You Can Use, Poems & Stories